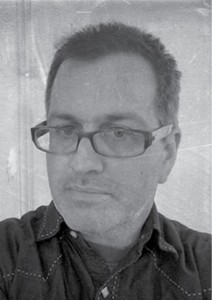 John Chamberlin
a
John  Chamberlin has never met a network specification he could not crack. Working as a re recording engineer for the last 12 years, he spends most of his days (and nights) in a darkened room tinkering with machinery and contraptions. He is currently working on Orange is the New Black (Netflix) , Portlandia (IFC), New Girl (FOX), Baskets (FX), Dice (Showtime), Wicked tuna (Nat Geo), Getting On (HBO), Comedy Bang Bang (IFC) to name a few.  In addition, he is a  musician , producer & engineer of note and has been contributing his multitude of skills to a collective of rogue musicians who call themselves Landslide Sound.  His attraction to this lot is curious & can most likely be traced back to a troublesome childhood. (IMDB.com/johnchamberlin)