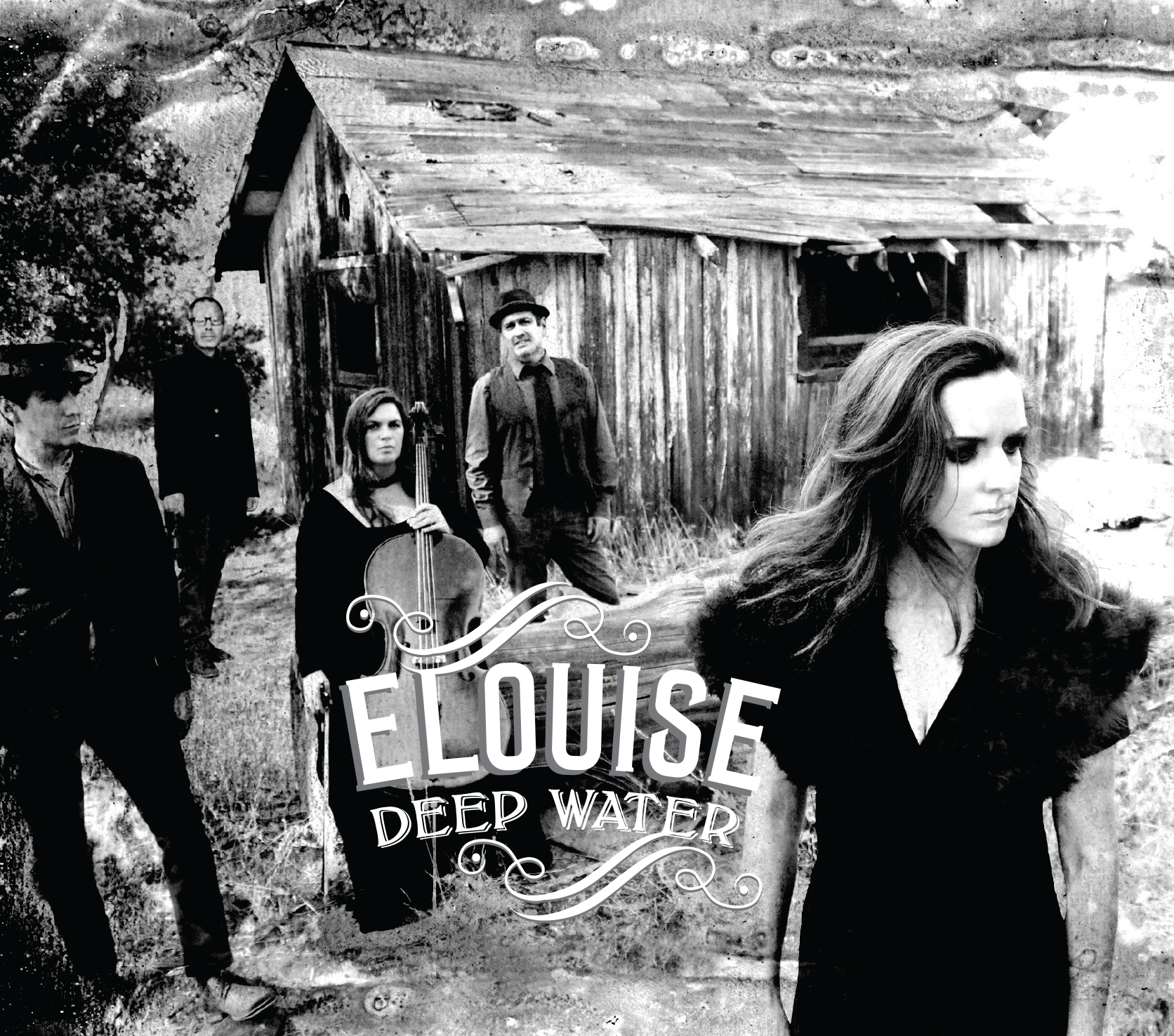 TO FIND OUT MORE ABOUT ELOUISE CLICK HERE:  http://www.elouisemusic.com/

Formed complete with a soundtrack-composers-turned-album-makers mythos, new “blackgrass” collective Elouise plays a primitive, angsty, menacing form of folk that uses vintage Appalachian string instruments and gear to squeeze the raw pain out of the psyche through song. And yes, it’s as good as that makes it sound.-COVER LAY DOWN

“Deep Water is one of the most brilliant albums conceived and recorded in recent years. If you can’t open your ears to the concept and appreciate the time and effort it took to pull this off, that’s your problem. Truth be told, I can see this album being not only accepted but passionately embraced by a large percentage of Americana fans worldwide. Fans of any genre. Listen with headphones. In a dark room. With the volume turned up.”-NO DEPRESSION: THE JOURNAL OF ROOTS MUSIC

“The album is something of an epic journey into a genre of music they identify as Blackgrass… If the vocals don’t get you, the surreal collection of instruments and the incredible songs most certainly will…It is an alternative work of art, file under excellent.”-BEEHIVE CANDY

“Elouise releases her new album Deep Water in 2016 which, whilst steeped in the American Gothic, calls upon a rich and diverse mix of backgrounds from classical, rock, bluegrass and folk music. With a band made up of musicians who have played in symphonies, dabbled in theatre production and composed for television shows you can expect a strong cinematic leaning although it also maintains that feel of a music from an older world, one which was burdened by everyday hardships, something Elouise enhances with her wonderful weary drawl.”-FOLK RADIO UK: THE UK’S LEADING FOLK MUSIC & ROOTS WEBSITE & RADIO STATION